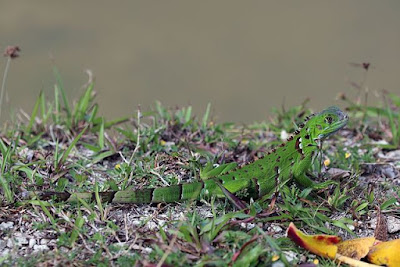 Frozen iguanas have been falling from trees in Florida during the recent cold spell. While these lizards might look as though they’re dead, most of them probably aren’t and they will revive once it gets warmer.

Like many other ectotherms or cold-blooded animals, iguanas conserve energy by slowing down their metabolism.

This is a designed feature that allows them to cope in harsh climates.

Most birds can walk on ice and snow without getting cold feet due to their ingenious design, and penguins make their own anti-freeze.