Beauty and Patterns In the Universe Speak of Creation 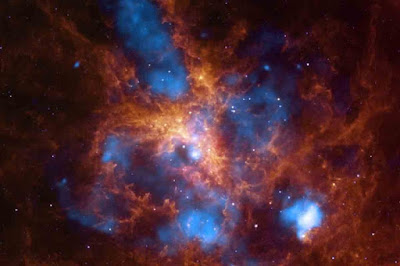 The Milky Way and our galactic neighbourhood are anything but haphazard collections of stars. Instead, stars and galaxies seem to follow a clear pattern, which, seen from a naturalistic viewpoint, is a big mystery:

“Stars are formed in a variety of masses, and that distribution follows a well-known relation that’s observed everywhere we look, which is kind of odd and we’re not exactly sure why stars follow that relation,” New Scientist quotes Don Figer at the Rochester Institute of Technology in New York as saying.

Symmetry means beauty. Fibonacci numbers can be seen practically everywhere in the universe, making it an astoundingly beautiful place.

Beauty would be an enormous dilemma in a cold, heartless Darwinian world, but in a created cosmos it is the very thing that we would expect to find, as God is the author of all beauty.

Crane, Leah. 2018. The universe could be full of more huge stars than we thought. New Scientist (4 January).