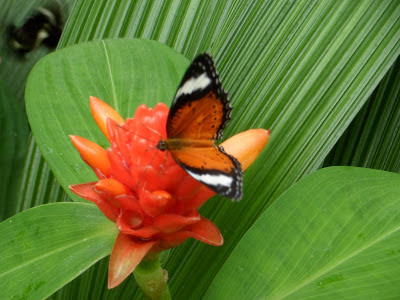 Butterflies have resisted evolution for aeons.

Butterflies are amazing creatures. While they tend to be tiny, they have superbly designed features that cause them to be excellent navigators.

What is more, the are a real headache for evolutionists, due to their non-evolution.

Darwinists used to believe that butterflies appeared “130 million years” ago, along with flowering plants but new research pushes back the date by “70 million years.”

“Scientists found fossilised butterfly scales the size of a speck of dust inside ancient rock from Germany,” BBC News reports.

“They used acid to dissolve ancient rocks, leaving behind small fragments, including ‘perfectly preserved’ scales that covered the wings of early moths and butterflies.”

And there were more surprises for evolutionists:

“Intriguingly, they show that some of the moths and butterflies belonged to a group still alive today that have long straw-like tongues for sucking up nectar.”