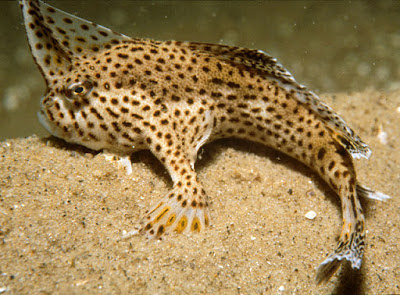 Evolutionists would propose that once upon a time fish left their watery home and walked on dry land.

There is no fossil or other evidence for this. We know, however, that some fish walk on the seafloor – not with legs, as they haven’t got them – but with their fins.

This does not make them into transitional forms.

Scientists have known of these rare bizarre fish since the 19th century. Red handfish sport finger-like fins with which they move about on the seabed.

They are testimony of the diversity seen in created kinds.