Still No Solution in Sight for the Origin of Life Dilemma 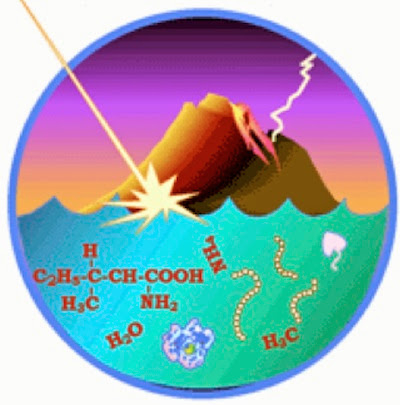 The chemical soup scenario does not work. Image courtesy of NASA.

In 2011 science writer John Horgan wrote a blog post at Scientific American.com with a revealing title: Pssst! Don't tell the creationists, but scientists don't have a clue how life began.

For the non-theist, the origin of life remains a hard nut to crack. Recently, Chemical Reviews published an 82-page paper on the topic. Among other things, it acknowledged:

“The origin of life is a fascinating, unresolved problem whose deciphering would have important scientific, epistemological and social implications. Over time, philosophers and scientists have proposed many different theories for the origin (or origins) of life, but we are still far from understanding which principles governed the transition from inanimate to animate matter.”

From Charles Darwin’s warm little pond, evolutionists have suggested a variety of scenarios, none of which are credible. The RNA world, for instance, will not produce life from non-life.

“Although finding consensus about the nature and definition of life is a very difficult issue, and will remain as a subject of debate probably for a long time, there is nowadays relatively widespread agreement on which features should be shared by the simplest living systems. They must possess a genetic apparatus able to store and transmit information to their progeny, some sort of metabolism for gathering nutrients and energy from the environment, and a selectively permeable boundary that separates and distinguishes them from that environment.”

There are a number of insurmountable problems with getting life from non-life. First, it simply does not happen. Second, information always needs a sender. Third, the sender has to be intelligent.

De nihilo nihil, the Roman 1st century poet Persius is quoted as saying. Nothing comes from nothing.