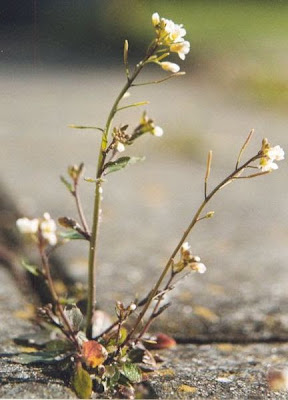 Evolutionists used to dismiss non-coding DNA as junk. However, a recent article posted on EurekAlert suggests that there is more to it:

“In many organisms, there is much more DNA in a cell than is needed to code for all the necessary proteins. This non-coding DNA was often referred to as ‘junk’ DNA because it seemed unnecessary. But in retrospect, we did not yet understand the function of these seemingly unnecessary DNA sequences.”

The article suggests that calling it junk was based on ignorance:

“We now know that non-coding DNA can have important functions other than encoding proteins. Many non-coding sequences produce RNA molecules that regulate gene expression by turning them on and off. Others contain enhancer or inhibitory elements. Recent work by the international ENCODE (Encyclopedia of DNA Elements) Project (1, 2) suggested that a large percentage of non-coding DNA, which makes up an estimated 95% of the human genome, has a function in gene regulation. Thus, it is premature to say that ‘junk’ DNA does not have a function -- we just need to find out what it is! ”

In a recent study, Diane Burgess and Michael Freeling at the University of California, Berkeley looked at “conserved” non-coding DNA sequences (CNSs) in a variety of plants, such as rice, banana, and cacao. They “compared the genome (one copy of all the DNA in an organism) of the model plant Arabidopsis, a member of the mustard family, with the genome of columbine, a distantly related plant of the buttercup family.”

So what did they find?

In other words, the plant genomes look increasingly like they have been designed very intelligently. There’s no room for blind Darwinian processes in this scenario.