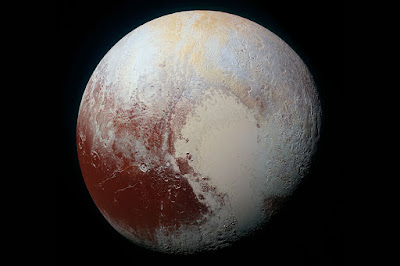 When NASA’s New Horizons spacecraft flew past Pluto in July 2015, scientists were expecting to see a dwarf planet that looked old and its largest moon Charon to be full of impact craters.

However, what they saw blew their socks off, as NASA researcher Cathy Olkin put it in a New Horizons press conference.

Pluto looked far too young to fit into a 4.6 billion year old universe, and so did Charon.

Pluto is too small to generate heat and too far away from the Sun to benefit from solar energy, but it is geologically active.

Believers in deep time have had a hard time figuring out why Pluto looks youthful. The latest explanation features flowing nitrogen ice that could be “acting as its fountain of youth.”

Pluto is not the only dwarf planet that looks younger than expected.

Ceres is another great puzzle for long-agers.

The obvious solution: They are.