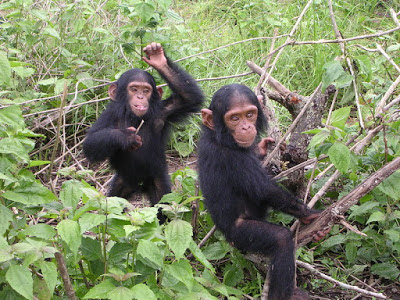 
Human exceptionalism is a Darwinian enigma, but they are very reluctant to give up the notion that we are mere animals.

At times, they use bizarre means in trying to convince others of our assumed apehood.

Recently, an outlandish rumour surfaced. It claimed that in the 1920s a female chimpanzee was supposedly inseminated with human semen and gave birth to a “humanzee” in a US research centre that was established in the 1930s.

Russian biologist Ilya Ivanovich Ivanov (1870 –1932) also attempted to produce a human-chimp hybrid, but his experiments failed., as such a hybrid is biologically impossible.

Barash hates Christianity and aims to show that humans are nothing more than apes though all the evidence points to creation.

Why, then, are some hybrids possible?

While lions and tigers are currently classified as different species, they belong to the same Genesis kind, and can thus produce ligers.

These hybrids show us exactly the opposite of what Prof. Barash wants us to believe. They confirm the Genesis after its kind principle