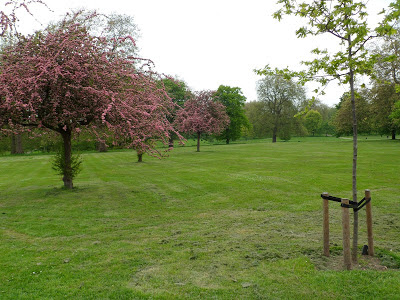 Darwin was totally ignorant of the surprisingly elegant ways that trees communicate with each other.

Do Trees Talk to Each Other? Peter Wohlleben is a German forester who believes that they do.

Recent years have brought about amazing discoveries about trees and other plants.

We now know that trees sleep at night.

They have their own wood wide web (www) through which they share information.

Flowering plants are almost as clever; they have their e-mail system through which they engage in shoot to root communication.

In his book The Hidden Life of Trees: What They Feel, How They Communicate, originally published in German as Das geheime Leben der Bäume, Peter Wohlleben discusses the amazingly communal life of trees.

Entering his world of trees is like stepping into a fairy tale where trees are very much alive.

Smithsonian Magazine gives us a hint of what is going on:

“The trees have become vibrantly alive and charged with wonder. They’re communicating with one another, for starters. They’re involved in tremendous struggles and death-defying dramas. To reach enormousness, they depend on a complicated web of relationships, alliances and kinship networks.

Wise old mother trees feed their saplings with liquid sugar and warn the neighbors when danger approaches. Reckless youngsters take foolhardy risks with leaf-shedding, light-chasing and excessive drinking, and usually pay with their lives. Crown princes wait for the old monarchs to fall, so they can take their place in the full glory of sunlight. It’s all happening in the ultra-slow motion that is tree time, so that what we see is a freeze-frame of the action.”

This is as far as one could get from the Darwinian world in which trees are “striving, disconnected loners, competing for water, nutrients and sunlight, with the winners shading out the losers and sucking them dry.”

Instead of competing, trees form alliances, even with other species.

Smithsonian Magazine tries in vain to preserve at least a tweeny weeny bit of evolution, but the message emanating from the woods is clear: Darwin’s time has gone. Intelligent design explains tree sociology (if we can call it that) much better.

Grant, Richard. 2018. Do Trees Talk to Each Other? Smithsonian Magazine. (March).