Evolutionists Acknowledge They’re Proposing a Just So Story about Apoptosis 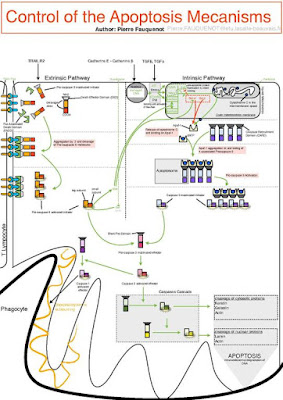 
What would evolution be without its just so stories?

It might probably sound a bit more boring. Stories make good headlines, even if their credibility might be questionable.

Recently, the journal Current Biology published a paper entitled Just So Stories about the Evolution of Apoptosis.

Apoptosis means programmed cell death. Without it, cells would keep on living past their due dates, causing cancer and other unpleasant diseases.

“Apoptosis is a form of active cell death engaged by developmental cues as well as many different cellular stresses in which the dying cell essentially ‘packages’ itself for removal. The process of apoptotic cell death, as defined at the molecular level, is unique to the Metazoa (animals).”

What it does not say is that like some molecular machines, apoptosis is irreducibly complex.

It could not have evolved through a stepwise Darwinian process. All parts had to be present at the start, or the mechanism would not work.

However, the paper attempts to explain why apoptosis can be seen in many different life forms:

“Yet active cell death exists in non-animal organisms, and in some cases molecules involved in such death show some sequence similarities to those involved in apoptosis, leading to extensive speculation regarding the evolution of apoptosis.”

Their use of the word 'speculation' seems to be an honest definition of what they are trying to do:

'Just so story' might also be a befitting description of what they’re trying to do. It is often used in an attempt to keep the Divine Foot outside, as professor Richard Lewontin famously suggested.

For more details, I would suggest you read Philip Bell’s excellent article on apoptosis in the Journal of Creation.

It shows how such a process could not have evolved.