Egyptian Statue Confirms the Bible Was Right About Hazor 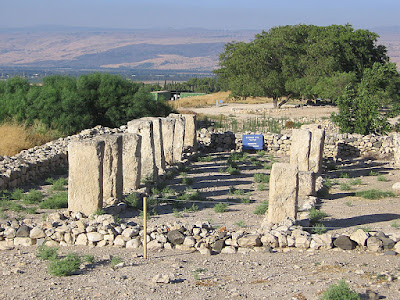 An Egyptian limestone statue measuring 45 X 40 centimetres sheds light on the time of Joshua. It was excavated at Tel-Hazor, north of the Sea of Galilee.

Tel-Hazor is the largest excavation site in Israel. Archaeologists have made many important discoveries at Hazor, a UNESCO World Heritage Site, during the past 30 years.

Earlier this year (2016) they found part of an Egyptian statue. Science Daily reports:

“Only the lower part of the statue survived, depicting the crouching feet of a male figure, seated on a square base on which a few lines in the Egyptian hieroglyphic script are inscribed.

This is not surprising considering the special status of the king of Hazor who was the most important king in Southern Canaan at the time. The extraordinary importance of Hazor in the 15th-13th centuries B.C.E. is indicated also by the Biblical reference to Hazor as 'the head of all those kingdoms' (Joshua 11:10).”

Secular researchers often use B.C.E. instead of B.C. to count the years before Christ’s birth, but that does not change the fact that the statue hails from the time of Joshua:

“The population of Hazor in the second millennium BCE is estimated to have been about 20,000, making it the largest and most important city in the entire region. Its size and strategic location on the route connecting Egypt and Babylon made it 'the head of all those kingdoms' according to the biblical book of Joshua (Joshua 11:10). Hazor’s conquest by the Israelites opened the way to the conquest and settlement of the Israelites in Canaan.”

Archaeology is a friend of the Bible. It confirms biblical history, people, buildings, places and even catastrophes such as earthquakes.

This should not be a surprise for us. After all, the Bible describes the true history of mankind accurately and reliably.

Hebrew University of Jerusalem. 2016. Historic find: A statue of an egyptian official at tel-hazor in israel. Science Daily (25 July).