Religion Is Good for Us, It Helps Us to Co-operate, Research Suggests 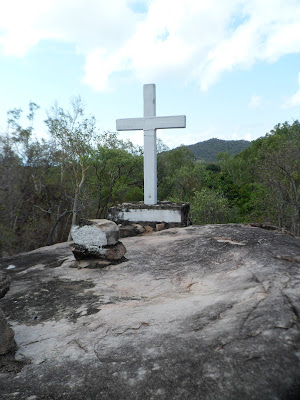 The old rugged cross could help us to be better individuals.

Even though PloS ONE recently deemed that one should not use the word Creator in a science paper, journals cannot escape the concept of a supernatural being.

While some atheists used to claim that religion was bad for us, it seems that those days are past and gone, as several studies have pointed out the very opposite.

A paper published in the journal Nature looked at how beliefs affected behaviour suggested that religion helps us to co-operate.

“Beliefs about all-knowing, punishing gods -- a defining feature of religions ranging from Christianity to Hinduism -- may have played a key role in expanding co-operation among far-flung peoples and led to the development of modern-day states.

Researchers looked at how religion affects humans' willingness to co-operate with those outside their social circle. They found that beliefs about all-knowing gods fosters co-operation.”

The study suggested that religion is good for us. It helps us to co-operate. Knowing that we are accountable for our deeds will keep us from being nasty, even towards strangers.

The take away message of this paper is that if we believe in a Deity that sees what we are doing and that He will punish us if do bad deeds, we will be morally better individuals.

Religion has not been absent from science publications lately. They have speculated on the assumed evolution of religion and the significance of God and religion.

It is indeed difficult to escape God. ”I wonder what God thinks of us, as we don’t believe in him?,” a young atheist kid once asked.