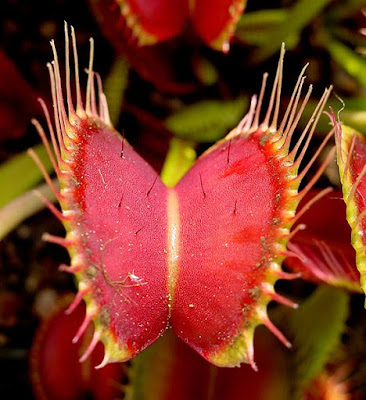 
Some plants living in very poor soil eat bugs. However, catching them requires a lot of effort and energy. To avoid false alarms – and wasting energy – the Venus Flytrap (Dionaea muscipula) counts how many times a potential meal touches it.

Research published in the journal Current Biology shows that the hair-like sensors on the Dionaea muscipula’s trap had to be touched twice before the trap shut. Keeping an insect captive and digesting it required the plant to count to five.

This sounds less like Darwinism and a lot more like intelligent design. It seems that this is a strategy given to some plants to cope in a post-Fall world where struggles are often the norm.

The Venus Flytrap is not the only plant that knows how to count. In 2013, eLife published a paper entitled Arabidopsis plants perform arithmetic division to prevent starvation at night. Obviously, dividing is more complicated than merely counting to five.

Plants are amazingly smart. Their very elegant design shows that they’re not accidents.

And there’s no lack of beauty in them, either.