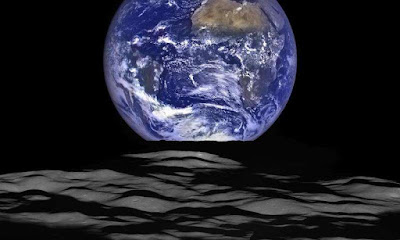 700 quintillion is a huge number: “a 7 followed by 20 zeros,” as Nathaniel Scharping puts it in Discover magazine.

That is the assumed number of planets in the universe, at least according to a new study by astrophysicist Erik Zackrisson at Uppsala University, Sweden, and colleagues.

The figures are drawn from a computer simulation based on the Big Bang model.

Zackrisson’s research throws cold water on the hopes of those who wish to believe that the universe is teeming with life. First, Scharping gives some background data:

“Current estimates hold that there are some 100 billion galaxies in the universe containing about 10^18 stars, or a billion trillion.

One of the most fundamental requirements for a planet to sustain life is to orbit in the ‘habitable zone’ of a star — the ‘Goldilocks’ region where the temperature is just right and liquid water can exist. Astronomers have, to this point, discovered around 30 exoplanets in the habitable zones of stars. Simply extrapolating that figure based on the known number of stars suggests that there should be about 50 billion such planets in the Milky Way alone. Probability seems to dictate that Earth-twins are out there somewhere. ”

The wildest speculations put the number of Earth-Like Planets at 100 Billion Billion.

Scharping dashes any such hopes:

“But according to Zackrisson, most planets in the universe shouldn’t look like Earth. His model indicates that Earth’s existence presents a mild statistical anomaly in the multiplicity of planets. Most of the worlds predicted by his model exist in galaxies larger than the Milky Way and orbit stars with different compositions — an important factor in determining a planet’s characteristics. His research indicates that, from a purely statistical standpoint, Earth perhaps shouldn’t exist.”

Scharping’s article has a rather intriguing title: Earth May Be a 1-in-700-Quintillion Kind of Place.

It certainly looks like it was fine-tuned for life, designed to be inhabited.

In contrast, even the most Earth-like exoplanets, such as Kepler-438 B, might not be habitable at all.

While Venus and Mars orbit the Sun in its habitable zone, they are anything but habitable.

We now know that giant gas planets like Saturn keep Earth habitable, protecting us from comets and other potentially hazardous objects.

Previous research has also suggested that Earth is probably a unique planet. Some scientists say that there’s no place like home elsewhere in the universe.