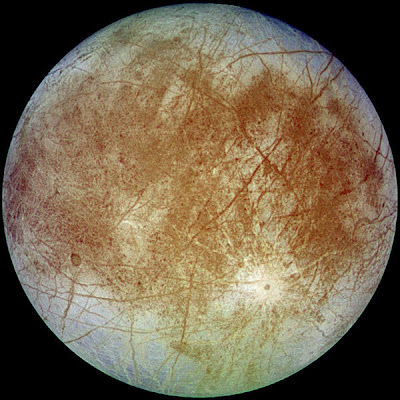 Some of the big moons of Jupiter and Saturn show signs of youth. If they really were billions of years old, they should be more or less dead.

But they aren’t. There are active volcanoes on Jupiter’s moon Io. Copious amounts of tholin on Saturn’s moon Titan suggest that the moon cannot be billions of years old.

As old moons will hardly spout water, the most logical conclusion is that Europa is not as old as is usually assumed, but supports the Genesis-based creation model very well.