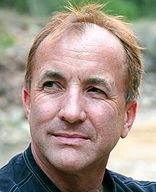 We all have our favourite expressions. Dr. Michael Shermer, editor of Skeptic magazine, is no exception. In a recent blog post he used the slogan “humans are pattern-seeking animals” twice.

He was writing about complementary and alternative medicine on Skepticblog.

One might ask whether his approach is at all sceptical. Actually, it includes at least two faith statements:

1 We seek patterns.
2 We are animals.

One thing that sceptics will not dare to doubt is Darwinian evolution. Hence, the reference to animals.

Dr. Shermer has previously stated that humans believe in God since we have a tendency to ”find meaningful causal patterns in nature to make sense of the world”. Incidentally, he is not averse to seeking patterns, as long as they support his atheistic worldview.

Since he rules out the possibility of the Creator God, he has to believe that everything came from nothing for no reason. However, as John Lennox, professor of mathematics at the University of Oxford, has put it, “Nonsense remains nonsense, even when talked by world-famous scientists.”