A Flower For T. Rex 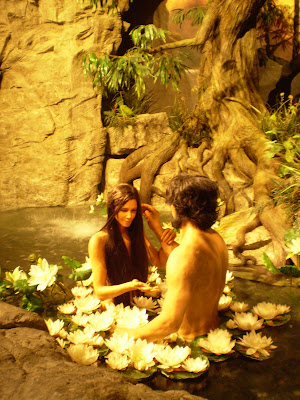 In the perfect world of Eden, the earliest humans saw flowers.


Dinosaurs were not supposed to have seen flowering plants or angiosperms, at least not according to the evolution-based worldview.

Charles Darwin thought that the origin of flowers was an abominable mystery, i.e., it did not support his view of evolution at all. The fossil record does not have much to say about them, but they appear suddenly and fully formed – just like the animals do.

Recently, Else Marie Friis at the Swedish Museum of Natural History in Stockholm found a 3 centimetre (just over an inch) long fossilised flower at Åsen, Sweden. It is assumed to be 84 million years old, which in the evolution timetable means that T. rex would have seen it.

Not so many years ago, evolutionists believed that there were no grasses during the dinosaur era. This changed when they discovered that dino coprolites (fossilised dung) showed traces of grass.

Dinos had been eating grass.

In other words, the “facts” of the evolution model keep on changing all the time.

In the model based on Genesis, flowers and grasses appeared at the beginning of creation. Adam and Eve were able to enjoy their sight and fragrance in a perfect world.