Rosetta: The Origin of Earth’s Water Is Still an Enigma 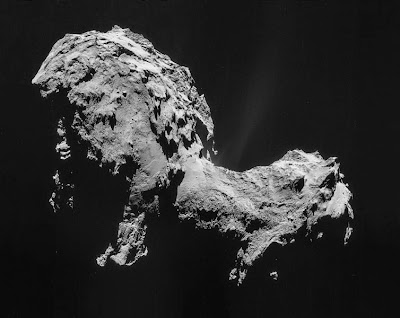 The Rosetta spacecraft has busted a popular naturalistic theory (or should one say story?) of how Earth got its water.

According to a report published in Wired,

“Countless comet impacts were thought to have delivered water to Earth not long after the planet formed 4.6 billion years ago. But new measurements from Rosetta, which is studying comet 67P/Churyumov-Gerasimenko, reveal that the chemical signature of water in the comet is nothing like what's found in Earth's oceans.”

Measured by a mass spectrometer on board the Rosetta spacecraft, the deuterium/hydrogen ratio of the comet’s water is roughly three times bigger than the corresponding ratio on Earth.

This has prompted researchers to conclude that Earth’s waters cannot have come from comets.

Some scientists believe that Earth had liquid water from the very beginning. This would be in agreement with the creation account in Genesis.