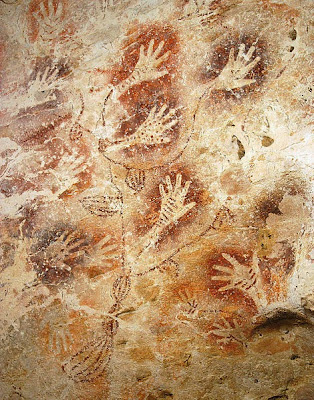 For evolutionists, cave art is an enigma. At times, it seems to appear too early, and it is often very sophisticated – better than some contemporary art.

Recently, researchers examined a cave in Sulawesi, Indonesia that was discovered in the 1950s but not dated until now.

The assigned date – ca. 40,000 years before present – would mean that the cave has the earliest hand stencil. (The date ignores the effect of the global flood of Noah’s day.)

The impulse (and skill) to produce artwork seems to have been a global human phenomenon, with Neanderthals proving that they were no brutish apelike creatures but fully-fledged humans.

Cavemen were much smarter than we thought, but then Genesis describes early man as inventive and creative from the very dawn of humankind.