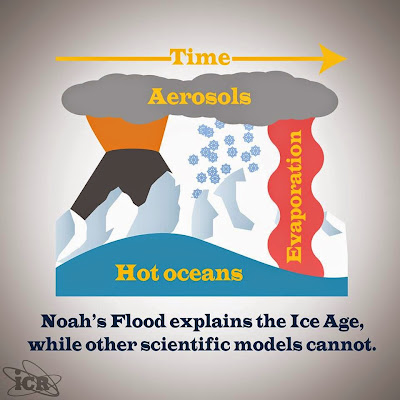 Image courtesy of the Institute for Creation Research.

Secular models, such as the one relying on Milankovitch cycles (i.e. changes in the Earth's orbit around the Sun), are unable to explain why our planet would have had an ice age.

In contrast, the conditions following Noah's flood – hot oceans, evaporation and tiny particles spewed by volcanoes that would have cooled the atmosphere and caused precipitation to fall down as snow – are better explanations for the ice age.