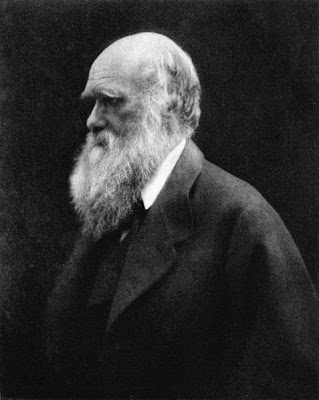 
Popularisers of evolution have tended to claim that their teory is still robust and that there's no dispute in the scientific community about its credibility.

However, as the ranks of the dissenters are growing, even the pro-evolution journal Nature is beginning to indicate some doubts about orthodox Darwinism:

Yet new data pouring out of adjacent fields are starting to undermine this narrow stance. An alternative vision of evolution is beginning to crystallize, in which the processes by which organisms grow and develop are recognized as causes of evolution.”

In addition to the scientists who believe creation or intelligent design is a better interpretation of the data, it seems that mainline scoentists have also began to doubt the power of Darwinian processes:

”Some of us first met to discuss these advances six years ago. In the time since, as members of an interdisciplinary team, we have worked intensively to develop a broader framework, termed the extended evolutionary synthesis (EES), and to flesh out its structure, assumptions and predictions. In essence, this synthesis maintains that important drivers of evolution, ones that cannot be reduced to genes, must be woven into the very fabric of evolutionary theory.

We believe that the EES will shed new light on how evolution works. We hold that organisms are constructed in development, not simply ‘programmed’ to develop by genes. Living things do not evolve to fit into pre-existing environments, but co-construct and coevolve with their environments, in the process changing the structure of ecosystems.”

This, of course, resembles that what creationists have been saying about adaptation.

”The number of biologists calling for change in how evolution is conceptualized is growing rapidly. Strong support comes from allied disciplines, particularly developmental biology, but also genomics, epigenetics, ecology and social science. We contend that evolutionary biology needs revision if it is to benefit fully from these other disciplines. The data supporting our position gets stronger every day.”

However, it seems that many are afraid to let the facts speak for themselves:

”Yet the mere mention of the EES often evokes an emotional, even hostile, reaction among evolutionary biologists. Too often, vital discussions descend into acrimony, with accusations of muddle or misrepresentation. Perhaps haunted by the spectre of intelligent design, evolutionary biologists wish to show a united front to those hostile to science. Some might fear that they will receive less funding and recognition if outsiders — such as physiologists or developmental biologists — flood into their field.”

As expected, Nature also gave orthodox Darwinians the chance to say that there's nothing wrong with Darwinism.

However, the facts are not on their side.