Flat Earth Is The Sceptics’ Own Myth 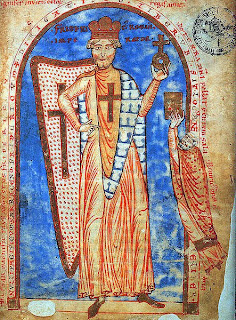 Emperor Fredrick I Barbarossa holds the symbol of Earth (an orb) in his hand. Painting from the 13th century. Image courtesy of Wikipedia.

Sceptics often claim that the Bible says that the Earth is flat. They believe that the writer(s) of Genesis had embraced the Babylonian worldview.

This myth does not stem from the Bible. Several Scripture passages speak of a round earth.

There is no evidence that even medieval Christians believed in a flat earth. On the contrary, the rulers of the Holy Roman Empire had an orb that symbolised the earth.

Like all orbs, the Emperor’s symbol was round – the same shape as the earth in the Old Testament Book of Isaiah (ca. 700 BC).