Much ado about Australopithecus sediba 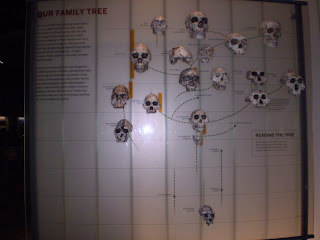 Researchers do not know where they should place Australopithecus sediba.

The popular media have once again been busy promoting a purported human ancestor. This time, however, some newspapers have taken a surprisingly critical approach. The Independent, published in London, quotes Australian evolution researcher Darren Curnoe, who says: “Australopithecus sediba is the wrong species, in the wrong place, and at the wrong time. It is way too primitive to be the ancestor of the human genus Homo, one of our direct ancestors.”

The fossils, estimated to be just under two million years old, are almost half a million years younger than the earliest known specimens of H. habilis.

Found in a cave in Malapa, South Africa, the two fossils – an adult and a juvenile – have already attracted much discussion and even criticism in the evolution camp, although they were published just two days ago in Science. Their discoverers, Lee Berger and colleagues, gave them the name Australopithecus sediba.

Many other anthropologists feel that it is far too early to regard the fossils as a new species. According to Nature news, anthropologists Tim White and Fred Grine criticised Berger and his colleagues for using the juvenile specimen in determining whether it differs sufficiently from Homo fossils. This obviously distorted their conclusion.

The assumed age of the fossils - 1.78 – 1. 95 million years – is also interesting. The researchers came up with this date by examining the ground below them by the uranium –lead (U-Pb) method. However, if for instance water had moved the fossils, the credibility of the dates will be much weaker.

Interpreting and dating fossils is an intriguing game. In 1990 J. Shreeve wrote in Discover magazine: ”Everybody knows fossils are fickle; bones will sing any song you want to hear.”