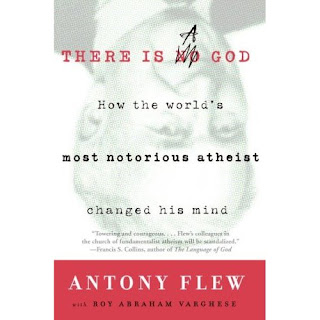 This book caused much discussion.


Philosopher Antony Flew (1923-2010), who died on April 8, caused a stir in 2004 when he admitted that he no longer was an atheist. For half a century professor Flew had been the primary spokesman for atheism from the time in 1950 when he read an essay defending atheism in the Socratic Club presided by C. S. Lewis.

Flew taught at Oxford and held philosophy professorships at several other universities.

In 2007, Flew explained that the integrated complexity of biological systems caused him to realise that there had to be a designer. He said that a lucky accident could not account for the origin of life. He gave up atheism and took up deism or the belief that while God exists, He does not interfere in the affairs of the world He created.

Although Flew had kind words to say of Christianity, especially of St. Paul and Jesus, he obviously remained a deist to the end of his life.

In 2007 Flew wrote the book There is a God: How the World's Most Notorious Atheist Changed His Mind with Roy Abraham Varghese, explaining why he discarded his former beliefs.

Atheists have tried to interpret Antony Flew’s change of mind as either a sign of incipient dementia or pressure from eager Christian apologists, but he refuted such claims. Flew pointed out that biochemical discoveries caused him to change his worldview. Taking a true Socratean approach, he followed the argument where it led.