Is Swine Flu The Result of Evolution? 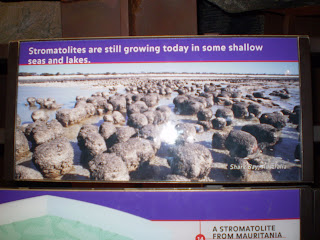 Some claim that swine flu supports Darwinian evolution. However, reality tells a different story. For instance, stromatolites have resisted change almost since the beginning of life on earth.

LiveScience editor Robert Roy Britt claims that swine flu is evolution in action. He says that without evolution we would not have seen the current epidemic.

Viruses change, Britt writes, so we are seeing evolution in real life.

This is an old trick. First, evolution is defined as change and later the definition is changed so that it refers to the gradual development of all existing species from the same unicellular organism during millions of years.

Viruses can change as a result of mutations and exchange genetic material horizontally, but they do not evolve in the Darwinian sense of the word. This in not the kind of change that would increase their genetic information.

Darwinian evolution is impossible without this kind of change.

However, Britt is reluctant to let facts spoil a good theory. He regards swine flu as an excellent excuse for attacking evolution skeptics. Britt assures us that evolution is one of the “most solid theories in science”. To support his claim, he mentions fossils, DNA and fruit flies.

All of these support nicely the Genesis version of origins. What they do not do is lend support to the neo-Darwinian explanation of life.