Scientist Have Found a Living Relative of Bigffoot 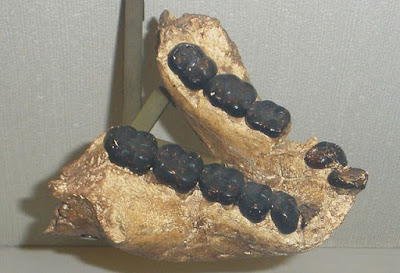 Bigfoot was a legend, but in spite of what National Geographic tells us, some people still like to see it.

People seem to look to it as the yeti, the snowman in the Himalayas.

This is what live science tells about a cousin of the bigfoot:

”Gigantopithecus blacki dwarfed the great apes that live today; it stood around 10 feet (3 meters) tall and weighed up to 270 kilograms (595 lbs). But as massive as Gigantopithecus was in life, fossils of the hefty primate have been few and hard to find — thousands of teeth and four partial jaws — leaving many questions about the extinct ape's evolutionary lineage and appearance.”

However, the post says that they have found the closest living relative of bigfoot, which is nonsense, as it was almost 2 million years old.

Now, scientist have recovered a Gigantopithecus molar dating to 1.9 million years ago. The bigfoot isn’t a human ancestor, but like chimpanzees and bonobos it is a chimp ancestor.