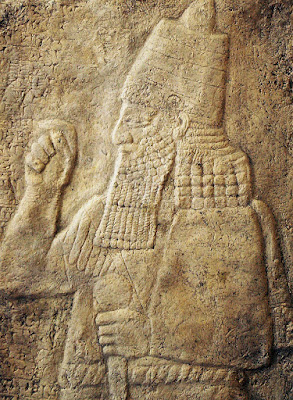 In the Old Testament book of Genesis Joseph tells his brothers: "As for you, you meant evil against me, but God meant it for good in order to bring about this present result.” (50:20, NASB).

It seems that something similar has happened in Iraq:

They discovered an Assyrian palace in the biblical city of Nineveh and found ancient inscriptions that verify the historicity of several Assyrian kings mentioned in the Old Testament, such as Sargon II, Sennacherib, Esarhaddon and Ashurbanipal (also known as Osnapper).

Other inscriptions verify the historicity of the city of Calah mentioned in Genesis 10:11-12 and confirm the way the Assyrians methodology of resettled captive peoples (see Ezra 4:10).

Should we be surprised?

No, the Bible describes the lives of real people, who lived at particular places at a particular time in history.