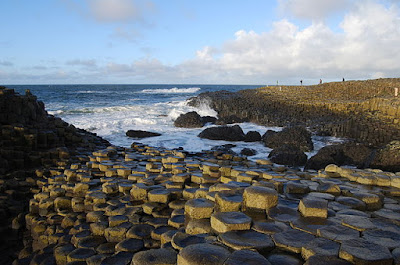 Giant’s Causeway is a rock structure in Northern Ireland that is composed of 40,000 basalt columns touching each other.

It has been the subject of both legends and naturalistic speculations.

The explanation might well be correct, but the timing is off by a factor of 10,000.

The global flood that devastated the Earth during Noah’s day roughly 4,500 years ago is a more plausible time. The deluge was most probably accompanied by volcanic eruptions.

The Book of Genesis describes the true history of ancient times.