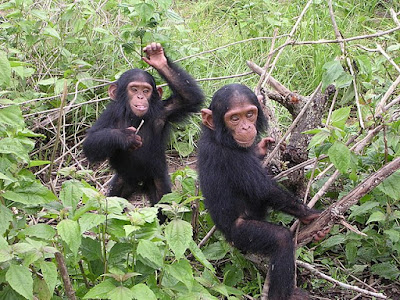 
Human exceptionalism is a Darwinian enigma. Thus, evolutionists are willing to see human traits in animals and animal traits in humans.

At times, their strategy borders on the absurd. A case in point is the rumour that US scientists engineered a human-chimp hybrid in the 1920s in the first primate research centre established in the US in Orange Park, Florida.

According to the rumour, a female chimpanzee was supposedly inseminated with human semen and gave birth to a “humanzee”.

The tale is full of holes, as such a hybrid is biologically impossible, and the details in the story are doubtful as well, as the purported research centre was established in the 1930s, not the 1920s.

No wonder, then, that scientists are not convinced; they rend to believe that the rumour is just a rumour.

The Russian biologist Ilya Ivanovich Ivanov also attempted to produce a human-chimp hybrid, but needless to say, he failed.

Humans are created in the image of God, but apes aren’t so trying to hybridize them is doomed to failure.

All successful hybrids belong to the same Genesis kind.