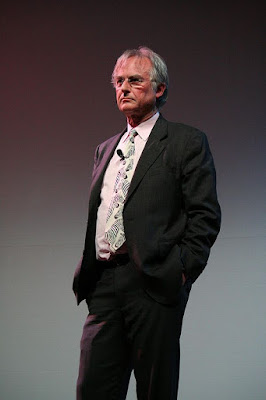 Dawkins got banned from a Berkeley event. Image courtesy of Shane Pope, CC BY 2.0.

In recent years, Richard Dawkins and other militant atheists have done everything to silence Darwin sceptics.

This was well documented in Ben Stein’s film Expelled: No Intelligence Allowed.

The attempted censorship has become so severe that it prompted Discovery Institute to bestow the Censor of the Year award to the individual who has blatantly attempted to silence dissidents in origins issue. Past recipients include Jerry Coyne and Neil deGrasse Tyson.

Dawkins has also done much to denigrate Christianity and keep pro-theistic views out of academic settings.

Now, it seems his strategy has backfired. At Berkeley, a local progressive radio station, KPFA, sponsored an event in which Dawkins was supposed to speak about his new collection of essays.

The event was scheduled to take place in a church on 9th August, but when KPFA heard about Dawkins’ tweets about Islam, they cancelled the event.

It seems that while progressives welcome the denigration of Biblical Christianity, they will not tolerate any criticism of Islam, regardless of how justified it might be.