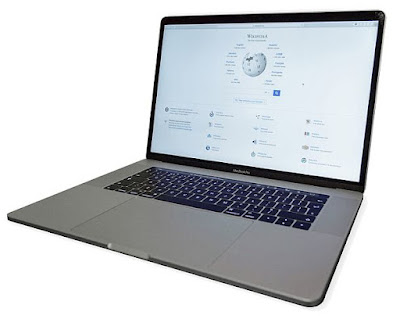 Could you marry something like this? An American gentleman thinks he can. Image courtesy of Sonicdrewdriver, CC BY-SA 4.0.

Last May, New Scientist admitted that liberals can be deluded.

Some recent developments suggest that they indeed can be. After they jettisoned the Christian concept of marriage, i.e., one man and one woman, and introduced their own anything goes formula, we are increasingly hearing of even more bizarre “marriages”, such as the case of a British woman who married two cats.

And then paedophilia and polygamy are just waiting for their day.

It doesn’t end there. The Washington Times reports on a man who supposedly married his laptop:

“Chris Sevier says that if same-sex couples are able to get married and demand that Christian bakers make them wedding cakes, then he should be allowed to marry his laptop and demand a cake to celebrate the union between one man and one machine.

The self-identified ‘machinist’ says he married his laptop in a ceremony in New Mexico, and now he has sued to demand that a Colorado baker — who is already in court after refusing to bake for a same-sex marriage — must be compelled to make cakes for him and his computer ‘bride.’ He also has filed a lawsuit demanding that Utah recognize his man-object marriage.”

This reminds me of the title of one of Melanie Phillips’ books: The World Turned Upside Down.

As the Western nations are throwing away their rich Christian tradition, the result is total mayhem.