Molecular Clocks Again Disagree with Fossils, This Time on the Diversification of Mammals 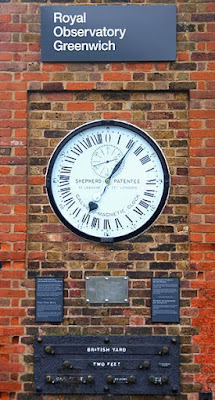 Molecular clocks are nowhere near as accurate as this timepiece. Image courtesy of Alves Gaspar, CC BY-SA 3.0.

Radiometric dating of fossils and the molecular clock approach should in principle give identical dates or at least dates that are in the same ballpark.

In practice, they don’t. Research tends to find fault with molecular clocks, and dating methods are known to be more or less unreliable.

A recent paper on the radiation of placental mammals around the assumed time when the dinosaurs went extinct illustrates this tendency. The authors acknowledge:

“The timing of the diversification of placental mammals relative to the Cretaceous–Paleogene (KPg) boundary mass extinction remains highly controversial. In particular, there have been seemingly irreconcilable differences in the dating of the early placental radiation not only between fossil-based and molecular datasets but also among molecular datasets.”

They suggest that the catastrophe that assumedly killed off the dinosaurs left mammals unscathed:

“A birth-death-shift analysis suggests that placental mammals underwent a continuous radiation across the KPg boundary without apparent interruption by the mass extinction, paralleling a genus-level radiation of multituberculates and ecomorphological diversification of both multituberculates and therians. These findings suggest that the KPg catastrophe evidently played a limited role in placental diversification, which, instead, was likely a delayed response to the slightly earlier radiation of angiosperms.”

I would suggest a much more logical explanation for the demise of the dinosaurs: the global flood of Noah’s day that was followed by the ice age made conditions very challenging for big reptiles.