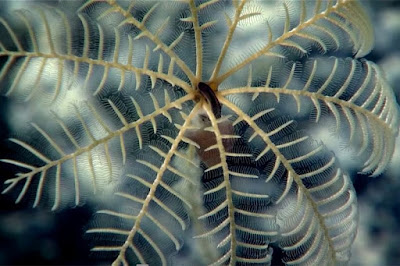 Evolutionists will acknowledge that animal behaviour tends to be very conservative, except in some cases when it isn’t.

Thus, they will insist that dinosaurs learnt to fly and fish stepped on dry land in search of tastier food, but these kinds of changes belong to the realm of fiction.

Recent discoveries made by the National Oceanic and Atmospheric Administration’s (NOAA) ship Okeanos Explorer and its remotely operated vehicle Deep Discoverer have introduced to us an amazingly beautiful undersea world.

In an article in New Scientist, deep-sea biologist Scott France noticed that the eating habits of marine snails do not differ from the snails of the Palaeozoic Era, even though it supposedly ended “252 million years ago.”

He said that it was like seeing a living fossil.

Evolution, we are told, is about change. Except when it isn’t.

And very often it isn’t.