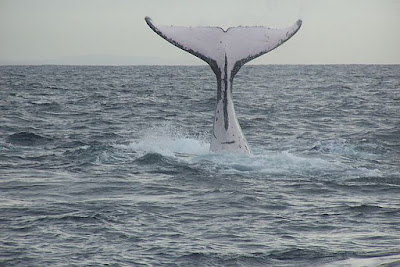 When the title of a pro-evolution article starts with the words 'Tale of 2 Tails,' we would expect to be treated to an intriguing, yet speculative Darwinian story.

This is what recently happened at Live Science.

This is how Kenneth Lacovara, a professor of paleontology and geology at Rowan University, explains the difference.

He says that this is the way their respective ancestors (Pakicetus for whales and Tiktaalik for fish) moved, and they obviously haven’t had the time to change their habits despite making transitions from land to water (whales) and water to land (fish ancestor) during the assumed tens of millions of years, and then the poor fish had to get wet again.