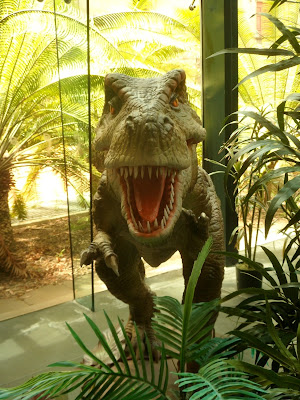 ” Almost a decade's worth of work aimed at providing an insight into evolution may be misleading as it was based on … [a] fundamental error,” say researchers at the universities of Reading and Bristol, UK.

Old fossils cannot speak for themselves but they have to be interpreted. Hence, mistakes might easily creep in.

A press release issue by the University of Bristol calls this a “fatal flaw in the way fossil data is analysed.”

“Years of research on the evolution of ancient life, including the dinosaurs, have been questioned.

Studies based on the apparently flawed method have suggested Earth’s biodiversity remained relatively stable – close to maximum carrying capacity - and hinted many signs of species becoming rapidly extinct are merely reflections on the poor quality of the fossil record at that time.”

New research calls into question the conclusions of over 150 research papers published in recent years.

It “suggests the history of the planet’s biodiversity may have been more dynamic than recently suggested, with bursts of new species appearing, along with crashes and more stable periods.

The new study published in Methods in Ecology and Evolution by Dr Manabu Sakamoto and Dr Chris Venditti, from Reading, and Professor Michael Benton, from Bristol, says a technique used to 'correct' records of diversity in fossils is actually giving misleading results.

It means almost a decade's worth of work aimed at providing an insight into evolution may be misleading as it was based on this fundamental error.”

So, what do evolutionists really know about evolution if even that what they assume they know is fatally flawed?

Too little to confidentially claim that evolution is a fact.