Natural Selection As Predestination: Biologist Warns of the Dangers of Ignoring the Ideological Background of Research 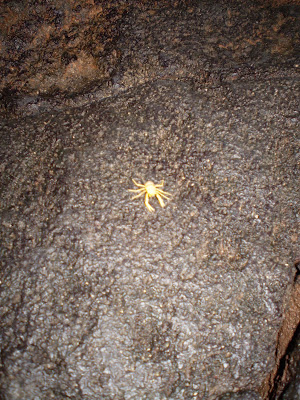 Despite claims that scientists are objective, no one does research in a vacuum. The underlying ideology plays a major role in the choice of direction the study and its conclusions take.

Biologist Aldemaro Romero Jr. (Baruch College) discusses how predestination, a key concept in Calvinism and some non-Christian religions as well, can have an effect on research:

“Since the advent of Modern Synthesis we have a pretty consistent set of evidence that evolution is not linear, that there is not such a thing as direction for evolutionary processes, and that nothing is predetermined since natural selection, the main evolutionary mechanism, is a process that is not moved by any mystical force nor directs beings toward a particular end.”

Using blind cave animals as an illustration, he goes on to say:

“Yet, biospeleologists continue seeing 'preadaptations' and 'regressive evolution' (which implies direction) anywhere when it comes to cave fauna (Romero 1985, Romero and Green 2005).”

Dr. Romero seems to suggest that researchers have – either unwittingly or not – made evolution into a teleological or goal-oriented process, as though it had the picture of the final product in mind from the very beginning:

“Therefore, this paper demonstrates that the imprint of the idea of predestination still casts a shadow in modern evolutionary biology. I am not saying that modern biospeleologists do science under some sort of religious fervor but what many of them seem to neglect is that words matter and that words can hide a lot of the philosophical baggage that sooner or later may influence their ultimate conclusion.

Therefore, I hope this paper serves as a warning to scientists that no matter what reductionist view they have in the way they practice their research, if they do not understand the historical roots and the philosophical framework of their research they are doomed at presenting only a very partial (and many times biased) view of nature.”

What we see in nature is top-down planning in which there is little room for randomness, the hallmark of Darwinian evolution. We see teleology or goal-orientation, which does not match the blind watchmaker view of neo-Darwinism.

Almost everything in the animal kingdom looks designed.

While many evolutionists detest the d-word, it has become increasingly difficult to avoid it.

Even Darwinian just so stories are full of goal-orientation and teleology.

It seems that the problems evolution is facing are not about to disappear anytime soon.

Romero, Aldemaro Jr. 2016. The influence of religion on science: the case of the idea of predestination in biospeleology. Research Ideas and Outcomes 2: e9015 (27 April).