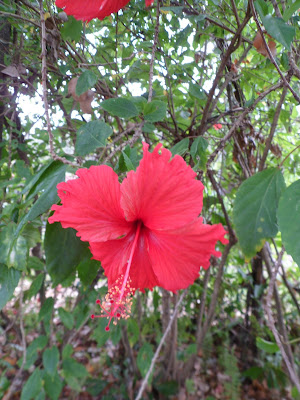 The origin of flowering plants is not an abominable mystery for those who believe the Bible is true.

Not so long ago researchers thought that dinosaurs never saw grass. But then they discovered coprolite (a technical term for fossilised dung) that showed dinos had eaten grass.

A related myth to fall is Darwin’s abominable mystery or the genesis of flowering plants. He thought it was abominable because it bothered him. Neither he nor other evolutionists expected to find the seeds of angiosperms in early Cretaceous strata.

Now, research published in Nature shows that the world of dinosaurs was anything but drab. Pines were not the only plants they saw.

“75 different angiosperm taxa recovered from rich assemblages of angiosperm flowers, fruits and seeds in 11 mesofossil floras from eastern North America and Portugal, ranging in age from Barremian-Aptian to early or middle Albian, about 125–110 million years ago.”

This is not the first time that science publications report on finding flowers, seeds or pollen that are supposedly as old as or even older than dinosaurs.

Time and again, old agers have been wrong about the past.