Amazing Resurrection (of Sorts): Water Bear Gives Birth After Being Frozen for 30 Years 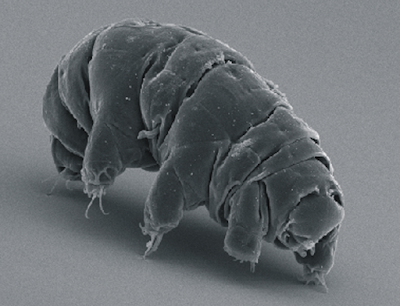 Tardigrades might be tiny – only 0.5 mm (0.020 in) long – but they are amazingly tough. They are already found in the Cambrian strata “530 million years” ago, which means that evolutionists see them as one of the oldest kinds of living fossils.

Known as water bears for their somewhat ursine appearance, they seem to thrive in extreme conditions, both cold ( -272 °C or -458 °F) and hot (150 °C or 300 °F). Moreover, they can fast ten years without even taking in water, and still survive.

Now, Japanese researchers have found another interesting fact about the tardigrades. According to BBC news:

“Scientists in Japan say a microscopic creature called a tardigrade successfully reproduced after being frozen for more than 30 years.

Researchers at the National Institute of Polar Research in Tokyo defrosted and revived two of the tiny animals, which are also known as water bears, from a batch collected in the Antarctic in 1983, The Asahi Shimbun newspaper reports. While one tardigrade died after 20 days, the other began reproducing. It laid 19 eggs, of which 14 hatched successfully.”

It’s a wonderful world, isn’t it? Makes me think about the One who designed and made this all.