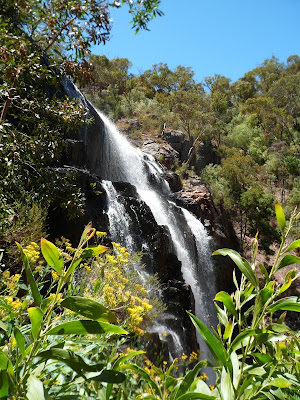 You won’t find this on Mars.

Earth and Mars don’t look like twins, although astronomically speaking they’re next-door neighbours. They both orbit the Sun in the goldilocks zone and should thus theoretically be able to sustain life.

While some researchers think that once upon a time Mars “sloshed with water," others are not so dogmatic, as it appears to be a dead planet.

Water does not necessarily equate life. Earth has plate tectonics and a big moon that keep it habitable.

The naturalistic worldview does not tolerate exceptions, however. It rejects the view that Earth is special and has to explain why it isn't.

“The Red Planet could have been a garden world, but something went terribly wrong early in its history. A NASA spacecraft unravels the mystery.”

The title of the newsletter article is Here’s What Murdered Mars, which assumes that the red planet was once blue and green but then meteorites “blasted a lot of the atmosphere into space.”

Even more devastating were the massive solar storms, i.e. coronal mass ejections (CMEs), that “clobbered the planet” and robbed it of more of its gasses.

This scenario is based on the CME recently witnessed by NASA’s MAVEN spacecraft and reported in the journal Science.

Earth was bigger and could better withstand these incidents.

This thinking is based on speculation that in the beginning, conditions for life on Earth were no better than on Mars.

However, it seems obvious that ours has always been a privileged planet that was designed to sustain life.

And Mars was not murdered, as it was never alive.