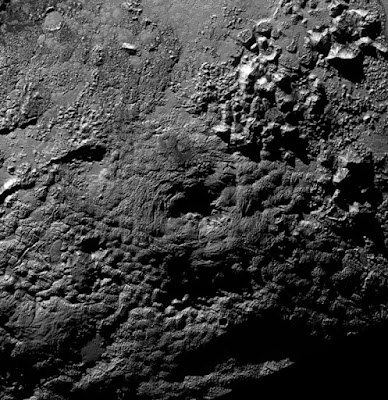 How does a cold world that is assumed to be billions of years old not look its age?

NASA’s New Horizons spacecraft has introduced us to a Pluto we never knew. Far from being a dead world, the dwarf planet has shown signs of vigour and youth.

The latest surprise is the assumed presence of two cryovolcanoes. An article in the journal Science introduces them in this way:

“Volcanoes built out of frozen ice that once oozed molten ice from the inside of the dwarf planet. The discovery points to an internal heat source that, at some point in Pluto’s past, drove the melting of interior reservoirs of volatile ices, such as nitrogen and methane, that then erupted at the surface. It also suggests that the cryovolcanoes were a way for Pluto to periodically rejuvenate surface supplies of these volatile ices, which sublimate into the thin atmosphere and are eventually lost to space.”

The description obviously includes some long-age assumptions, which tends to be the norm in reports like these.

How long would an internal heat source not only survive in a frozen region of space but also warm Pluto’s surface?

The logical answer is a lot less than 4.5 billion years.