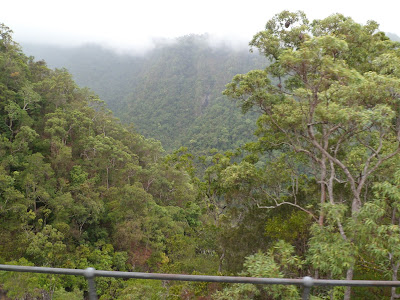 A tropical forest in the Arctic? This one is in Down Under, near Kuranda.

The Arctic should be one of the last places where we’d expect to find traces of a tropical forest. However, that is exactly what a new paper published in the journal Geology shows.

An article on the discovery in LiveScience features some naturalistic speculations. Researchers think that the forest grew near the equator and then drifted north some “380 million years ago.”

The trees were mostly lycopsids that are still found in our days. Some grew to be 4 metres (13 feet) high.

It would not be too difficult to see this fossil forest as evidence for Noah’s Flood that devastated the early earth.

Dinosaur fossils found in the Arctic (read more here, here and here) also suggest that they were trapped by the Flood.

Massive fossil graveyards found on many continents, huge aquifers and mountain gaps also remind us of the Flood.