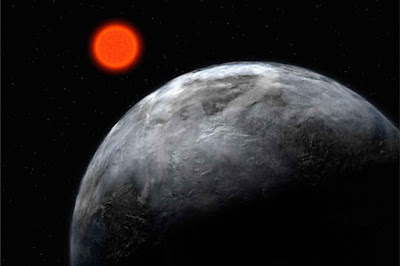 Alien worlds might be very different from ours. Image courtesy of ESO.

New research suggests that Earth could be a very unique planet.

This is not the first time researchers suggest that our world is special. Our solar system differs from all known systems, and many exoplanets or planets outside our solar system challenge conventional Planet-Formation theories. They tend to be more or less weird.

A recent study compared Earth’s chemical composition to that of known exoplanets. A brief article in New Scientist summarises the findings:

“Vardan Adibekyan of the Institute of Astrophysics and Space Sciences, Portugal, and colleagues looked at stars with a similar mass and radius to the sun that are known to have planets in their habitable zones, where water stays liquid. They found that these stars tended to have less iron and other metals than stars that host only inhospitable worlds.”

For researchers who base their understanding of the universe on cosmic evolution, Earth’s uniqueness is a hard nut to crack. Adibekyan and colleagues speculate that planets in our galaxy’s habitable zones “were more likely to form in our galaxy’s distant past.”

However, this begs the question. The take away message of this research is that our planet is unique and astronomers do not know why it is so special.

The answer is not flying in the wind – or even floating in space. It can be read in the first chapter of the Bible. God created the Earth to be habitable.

Scoles, Sarah. 2015. Earth’s composition might be unusual for a planet with life. New Scientist (15 September).