The Power of Prayer: God Calmed the Sea 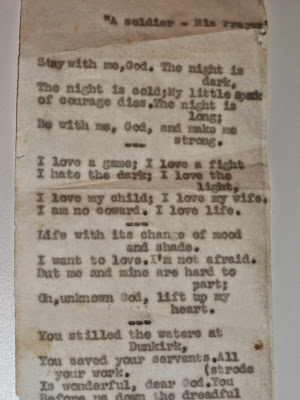 The prayer of an Australian soldier mentions the calm waters at Dunkirk.

The Bible speaks much about prayer. Jesus often taught about it. In the Sermon on the Mount He said:

The Bible tells us of many people who asked. They brought their requests to the Lord and He answered them.

God has not ceased answering prayer. Here’s an example. During World War II, as German forces pushed back the Allies and surrounded them on the French coast, King George VI called for a National Day of Prayer on 26th May 1940.

The consequences were astounding. History knows the evacuation as the Miracle of Dunkirk. Bad weather prevented the German ground forces from advancing and Luftwaffe from attacking the British troops but the calm sea enabled the Allies to use ships and boats of all sizes to rescue 338,226 troops to safety.

On June 8, 1940 The Telegraph reported: “The prayers of the nation were answered …the God of hosts himself had supported the valiant men of the British Expeditionary Force.”

Prayer seems to be a spiritual law. Once certain conditions are met, God does as He promises in His Word and answers prayer.