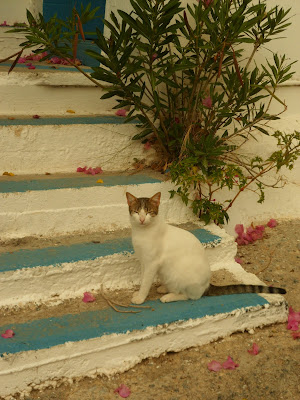 This cat is not married to a human being.


Changing the traditional definition of marriage (one man, one woman) can lead to unexpected cases. Like the one featuring a British woman who says has been married to two cats for ten years.

Barbarella Buchner even has a marriage certificate that looks official – although it isn’t – saying that on the 9th day of January in 2004 she and Spider and Ligosi (two tomcats) were united in holy matrimony online by Marry Your Pet.com.

One might at least ask how marriage to cats could be holy. After all, God instituted marriage as a lifelong union of a man and a woman. All other definitions are a travesty of the original.

Nevertheless, Ms. Buchner, who lives on the Spanish island of Lanzarote with her “husbands”, characterises her marriage as “pure, spiritual unconditional love on both sides.” She points out that it does not have to do with sex.

Although she has had “serious boyfriends”, she has never been married to a human being. “If a man ever approaches me, I just tell them straight off: ‘Sorry, I'm married to my cats,’ ” she says.

This kind of marriage brings to mind the words in Judges 21:25 “In those days Israel had no king; everyone did as they saw fit.” (NIV).

Styles, Ruth. 2015. Woman who is celebrating a decade of marriage to her two pet CATS says she has never been happier (and has no plans to find a human husband). Daily Mail (6 January).