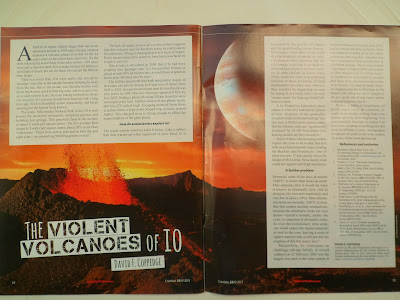 The latest issue of Creation magazine features an article on Io’s volcanoes.

We can add a new element to the list of features that speak against a multi-billion year old solar system. In addition to comets, Mercury’s magnetic field and the atmosphere of Saturn’s moon Titan, Jupiter’s moon Io also shows signs of youth (in a relative sense).

If Io were really as old as some astronomers assume, it should be a dead moon.

Io’s volcanoes are active and surprisingly violent, suggesting that they could not have been spouting lava for millions of years.