Why Are Atheists Afraid of a Small Statue? 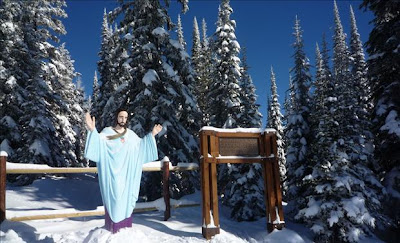 Atheists are demanding that this statue be removed. Image courtesy of ACLJ.

For almost 60 years, a statue depicting Jesus has stood on a mountainside in Montana, USA. Placed there by World War II veterans, one would think that it is not causing harm to anyone.

However, atheists are calling the statue a sham and are suing to get it removed.

If atheists were consistent, it would not matter to them what others believe, since according to their ideology everything can be reduced to the movements of atoms.

But obviously they are not entirely convinced that their godless worldview reflects reality.

And lawsuits do not speak well of their tolerance of other views.