Another Nail in the Coffin of ”Junk DNA” 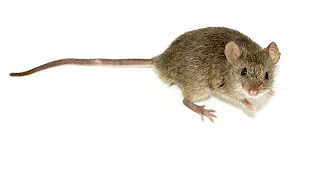 The DNA of this creature does not support evolution. Image courtesy of George Shuklin, Wikipedia.

Just a few years ago, “junk DNA” was evolutionary dogma. Richard Dawkins and other ardent Darwin defenders regarded it as fact.

However, as the gaps in our knowledge are being filled, researchers are increasingly finding useful functions for the DNA that does not code for proteins and was thought to be leftovers from evolution.

“Some junk is worth keeping. Non-coding, or junk, mouse DNA contains vast amounts of information vital to gene function – and those regulatory functions take up much more space on the genome than the all-important coding segments.”

In other words, without doing away with the concept “junk DNA”, the article actually suggests that this junk is not junk at all. Interestingly, the author Hannah Krakauer admitted:

“Even though the human genome was sequenced over a decade ago, gaps like these demonstrate just how little we know about what the large portions of those DNA sequences actually do.”

The mouse genome does not support Darwinian evolution. That much, at least, we know.