What Does the ”God Particle” Have to Do with God? 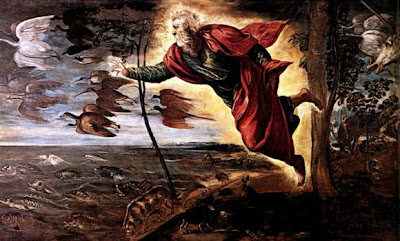 Tintoretto: Creation of the Animals (ca. 1550). Image courtesy of Wikipedia. The ”God Particle” can hardly tell us anything about origins.

When a hitherto undiscovered particle gets the name “God particle”, one might suspect that it is not just an ordinary boson. But, then, very little in nature is ordinary. For instance, a tiny cell is full of astounding nanomachines.

The problem with the ”God Particle” or the Higgs boson is that scientists assert that it might tell us something about the origin of some of the fundamental building blocks of matter.

If anything, the Higgs boson suggests that physics is complicated, just like chemistry and biology are.

You can read more of my thoughts on the Higgs boson here.