The Genesis Flood and the Gilgamesh Epic 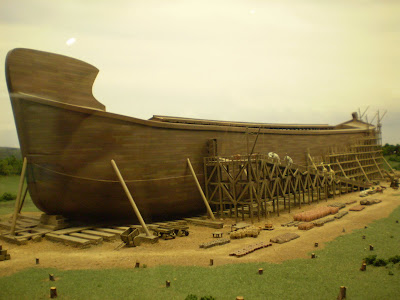 Genesis describes the ark and the global flood convincingly.

Many skeptics think that the author of Genesis borrowed an ancient Babylonian myth in writing his account of the Flood. But a closer look at ancient documents reveals that this cannot be true.

We know of over 200 flood legends. It seems that almost every culture has its own version. This suggests that there was a destructive historical catastrophe that mankind has not been able to forget.

The ark in Genesis was a huge 150-metre (450 feet) long very seaworthy vessel that could have endured over 30 metre (90 feet) high waves. In contrast, the Gilgamesh ark was cube-formed. It would have capsized on the very first day of the Flood.

Utnapishtim, the hero in the Gilgamesh Epic, was boastful, whereas Noah was a righteous man. In Genesis, the description of the flood's ending is very convincing. In the Mesopotamian story it is not. Utnapishtim first sent out a dove before a raven, which is known as a carrion eater. Noah first sent out a raven and waited a week before sending a dove.