Christopher Hitchens Has Passed Away 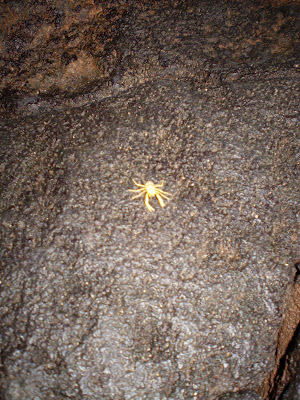 A blind crab does not speak of evolution but of degeneration. Christopher Hitchens (1949-2011) used blind salamanders as an argument against creation. However, animals that live in perpetual darkness do not testify of Darwinian evolution but of adaptation to their sunless environment where there is no need of eyes.


Christopher Hitchens, who according to philosopher Alvin Plantinga was one of the four horsemen of new atheism (the other horsemen are Richard Dawkins, Daniel Dennett and Sam Harris), died last Thursday. He lost a long battle against cancer.

Hitchens’ uncompromisingly aggressive stance against Christianity was obviously a means of preaching to the choir and in real life he could actually be on quite friendly terms with the Christians he debated. Regrettably, he obviously retained his atheism until the end and did not turn to his Maker even on his deathbed.

Hitchens tried to argue for Darwinism by using blind salamanders as evidence for evolution. However, degeneration cannot fuel the origin of new species. Animals that live in perpetual darkness do not testify of Darwinian evolution but of adaptation to their sunless environment where there is no need of eyes. Salamanders have lost a characteristic (i.e. sight) that their ancestors once had.